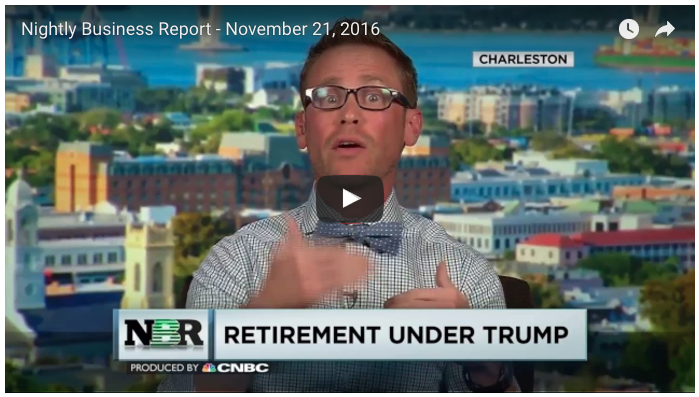 “Then, ask who your server will be at lunch,” he would continue. “Introduce yourself to that person to ensure they know your name as well—and tell them what your drink will be so you can simply order ‘the regular.’”

New recruits to the agency were encouraged to buy a new car with a payment high enough to help maintain our motivation to produce when the going got rough, to get a membership at a local country club and to offer our inexperienced counsel to any local non-profit boards who would have us.

I ended up at this insurance company after getting turned down to join the ranks as an advisor at the biggest brokerage firm in town. I thought I had paid my dues, working in their back office and then as a listed equity trader. By 2002, I had four years of industry experience and all of my requisite securities licenses—but I didn’t have any sales experience (or a natural affinity for it by birth). “You’d be better off with experience as a copier salesman,” I was told on my way out the door, shaking my head in confusion.

It was all about the sale.

Years later, at the end of my time with the insurance company, I called my wife, holding back tears of frustration. I’d been sent to a conference—not a financial conference, but a sales conference.

“I don’t think the job that I’ve been searching for actually exists,” I said. “I’m not sure I can do this anymore.”

I spent the first eight years of my now 18-year career in the financial services industry with proprietary (and independent) brokerage firms, insurance companies and banks. In each case, I experienced significant pressure to sell products that were not necessarily in the best interest of my clients. While I gained invaluable life and occupational experience in each of those roles—and met many genuinely great people I still count as friends—I failed as a salesman before finding the true financial advisory profession.

The first signs of light came when I began taking classes to earn my CFP®—Certified Financial Planner™—designation. Here I was exposed to professional advisors (not professional salesmen) and an academic approach to comprehensive financial planning. I learned of the FPA (Financial Planning Association) and eventually NAPFA (National Association of Personal Financial Advisors), both of which expanded my horizons. What’s more, the latter was filled with advisors who’d pledged to take no commissions for the sale of products and to always act in the best interest of their clients, as fiduciaries.

This word—fiduciary—began to take on new meaning for me. In it, I found an ideal much closer to the professional daydream that so far had driven my career pursuits. Like the medical, legal and accounting professions, these fiduciaries begin practicing their craft at a simple starting point—with a pledge to put their clients’ interests ahead of their own.

Eureka! There were actually real financial advisors out there.

But the majority of the financial services industry—brokerage firms, banks and insurance companies—have resisted increasing the duty of care they owe to their clients, clinging to a lesser “suitability” standard or, in some cases, caveat emptor (buyer beware).

Even following the financial crisis of 2008, largely seen as linked to proprietary conflicts of interest, the majority of the industry held fast. So finally, the Department of Labor stepped in, announcing in April 2016 that it would require anyone advising retirement accounts—like 401(k)s and IRAs—to be held to a new fiduciary requirement.

It’s not a perfect rule, and right now it will only cover retirement-specific accounts, but it represents a major leap forward. However, post-election, it is being mentioned as a candidate for revocation. What could anyone have against a rule that requires financial advisors to act in the best interest of their clients? Only two arguments even deserve mention:

1) That it is a governmental overreach and unnecessary regulation that will only slow economic growth. My default response is skepticism when it comes to new regulation, but the financial services industry has failed to self-regulate in this regard—as the medical, legal and accounting professions have—requiring an outside force to step in.

2) The second reason is barely defensible enough to mention, except that it keeps getting play. The majority industry claims that it is “the little guy,” the proverbial “small investor,” who will lose access to financial advice because the rule will presumably increase costs for financial firms, no longer allowing them to serve smaller clients. The we-have-to-laugh-to-keep-from-crying irony is that most of these firms have already turned their backs on small investors, having discontinued paying their advisors commissions on accounts less than $250,000, a sum well above the average baby boomer’s retirement savings!

Any argument suggesting that smaller investors are better served by advisors who don’t have to act in their best interest is simply logic twisted to serve self-interest. And there is no shortage of fiduciary financial firms able to serve the small investor market that supposedly will be forced to exit big brokerage firms.

What is the real motivation behind the anti-fiduciary movement? I suspect that all you have to do is follow the dollars. It’s estimated that wire houses and independent broker-dealers will lose $11 billion in revenue to the new rule by 2020.

Before you discount me as a blinded romantic painting a black-and-while picture of angelic fiduciaries and Faustian salespeople, let me assure you that there are, without question, “fiduciaries” who are not—and salespeople who are.

There are indeed a lot of good people in the securities industry, but its institutionalized system of incentives to “sell” is still in need of fixing. I implore President-elect Donald Trump, whose rise to popularity was fueled in part by anti-establishment sentiment, and Speaker Paul Ryan to allow the Department of Labor’s new fiduciary rule to be the first step in that repair.

Let’s begin with a simple, sensible premise, one that I believe will actually free many financial advisors from conflicted compensation regimes and help many more of their clients: Advisors must act in the best interests of their clients.

Share | Tweet | Share | +1 | Buffer | print | email
Categories: Financial Planning, Forbes, Personal Finance
Disclosure of Material Connection: Some of the links in the post above are “affiliate links.” This means if you click on the link and purchase the item, I will receive an affiliate commission. Regardless, I only recommend products or services I use personally and believe will add value to my readers. I am disclosing this in accordance with the Federal Trade Commission’s 16 CFR, Part 255: “Guides Concerning the Use of Endorsements and Testimonials in Advertising.”